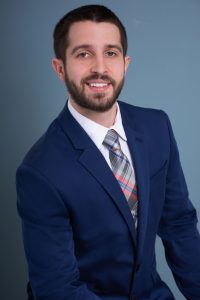 Dr. Jonathan Maczko began serving the community of Lincoln, Nebraska after joining the Advanced Chiropractic Solutions Hickman team in July 2018. After spending nearly a decade devoting his life to learning the human body and how it functions, Jonathan is now devoting his life to helping his patients find relief and complete wellness through chiropractic care. A native of Nashville, Tennessee, Dr. Jonathan has been dedicated to chiropractic and found his calling during his time at The University of Tennessee. After experiencing excruciating back pain following a hard fall while playing ice hockey, a friend told him to see a chiropractor. After a few treatments the back pain was gone, but the love of chiropractic had just begun. That encounter opened Jonathan’s eyes to his future. After graduating with a B.S. in Kinesiology, he went on to continue his education at the fountainhead of chiropractic; Palmer College of Chiropractic. He graduated as a Doctor of Chiropractic in June 2018 with Cum Laude honors.

While at Palmer, Dr. Jonathan not only excelled in the classroom, but was also a part of the Ice hockey club, Soccer club, Activator club, and Motion Palpation club. In his free time he enjoys staying active with biking, camping, hiking, and spending time with his family and dogs!
“I’m ready to start spreading the word of chiropractic because I firmly believe that the power that made the body, heals the body.”

Font Resize
Contrast
Accessibility by WAH
Call Us Text Us